Posted on 17 May 2020 by Christian Beck Leap Dealing With

The really distressing aspect of Beck winning this award, which is obviously just about who can tell the biggest and most lies, is that it confirmed to him how far you can in this  world by telling lie after lie after lie.

He suddenly found himself with lots of favourable publicity, and able to go off to Europe and hobnob with best entrepreneurs from all over the world, and the likes of Elle Macpherson, all made possible by all the lies he’d told.

The award made him a different person – obviously confirming him in his tactic of telling lie after lie after lie, and leading him to walking out on his marriage of 16 years, and his 4 children.

And just as distressing is that Ernst & Young are like they are – they obviously couldn’t care less. 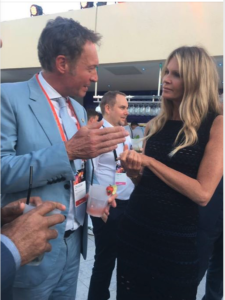