Posted on 13 May 2020 by Christian Beck Leap Dealing With

So far, it appears that the truth is that he’s anything but – to his former wife, to his 4 children, to other members of his family, to the employees of his companies, in fact, to anyone with whom he comes in contact – and establishing this is kindergarten stuff. 30 or 40 years ago we were given the sound advice that if you want to find out what someone’s like, get them to write something down – these days you can just send them an email. 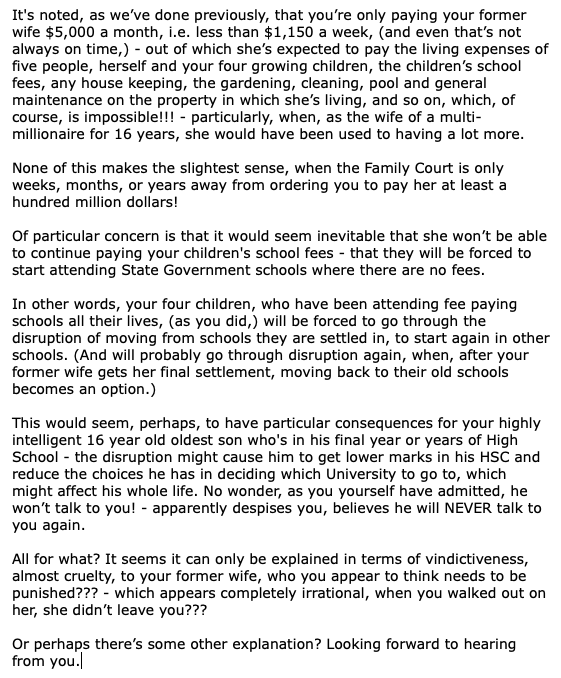